Another tricky hurdle for troubled Leopards

They flew to Cape Town last Friday where they lost 0-1 to Cape Town City at the Cape Town Stadium and now Black Leopards will face another Western Cape side, Stellenbosch FC, in their Absa Premiership League match at the Thohoyandou Stadium on Sunday afternoon.

The visitors from the Cape will be fighting it with the aim of maintaining their position on the log standings. The Stellies, as they are affectionately called, are currently lying in the eighth position, following their 1-0 victory over Polokwane City last Saturday.

As for Black Leopards, winning against Stellenbosch is not an option. Lidoda Duvha, together with the other two Limpopo-based sides, Baroka FC and Polokwane City, as well as Amazulu, are fighting for survival. Leopards, Amazulu and Polokwane City are tied on 17 points each.

Leopards will be without the team’s head coach, Mr Kevin Johnson, when they lock horns with Stellenbosch on Sunday. Johnson was put on precautionary suspension on Monday this week. This after the team failed to register a single victory in five successive matches under his guidance. Johnson confirmed his suspension to Limpopo Mirror, but he vehemently refused to comment further.

Mr Allan Clark, who was appointed to assist Johnson three weeks ago, will be on the team’s technical bench as caretaker-coach on Sunday.

Asked to shed some light regarding Johnson’s suspension, the club’s general manager, Mr Elijar Mulaudzi, revealed that the team’s poor performance in the last five matches under Johnson’s guidance was a bitter pill to swallow for both the management and the supporters. He stressed the fact that they could not just sit back and look on while the club’s future as an affiliate of the Absa Premiership League was looking bleak.

“Never in the history of the club did the team fail to register a single win in five matches” said Mulaudzi. He further revealed that Messrs Morgan Shivambu and Sam Banda will continue to work as assistant coaches.

Should they fail to collect the maximum points against Stellenbosch, Leopards are likely to drop from the 14th position to the bottom of the log.

Black Leopards will travel to Johannesburg next Thursday, 6 February, for their league match against Bidvest Wits. The other Absa Premiership League weekend fixtures are: Highlands Park vs Baroka FC, Golden Arrows vs SuperSport United, Chippa United vs Orlando Pirates, Maritzburg United vs Cape Town City and Amazulu vs Polokwane City. 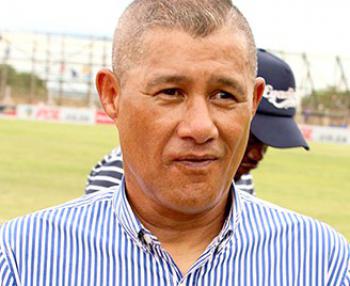