The local derby was watched by an estimated 2 000 spectators from around the Vhembe area.

Ablex managed to match TRON pound for pound in the early minutes, but their fighting spirit vanished with time. TRON could have scored more than a dozen goals, had they managed to convert all their chances.

The game was characterized by rough tackles in the first half. TRON scored their first goal after Walter Nevari dished a well-cooked pass to Mukandangalwo “Deco” Ramunana, who scored after a scramble for the ball within the box. Ablex created numerous scoring opportunities, but their strikers let them down by shooting aimlessly from close range. The half-time score was still 1-0 in favour of TRON.

In the second half, TRON were dictating terms in all departments. They increased the margin in the 58th minute. Ndamulelo Sikhwivhilu found the net after a neat pass from Ndivhuwo Makhado. Lufuno “CJ” Mugodi received a loose ball from the left corner and beat the Ablex keeper, Elikana Nemakanga, with a ground cutter.

Mugodi completed his brace and scored his team’s fourth goal by sending the keeper the wrong way with a close-range half volley after beating the off-side trap. 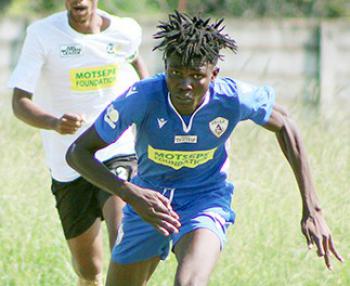