Leopards ready to maul the students

The Thohoyandou Stadium will be the centre of attention on Sunday. Black Leopards will host the North West University (NWU) in a Nedbank Cup KO fixture.

Should they fail to proceed to the last-16 stage of the competition, Leopards will have only themselves to blame as the NWU are campaigning in the amateur division.

Asked about their level of readiness for the match, the public relations officer for the NWU team, Mr Vuyo Sambo, said that his squad had a clean bill of health and that the boys were ready for the match. He said that they had been following Black Leopards on television, saying the team’s technical team knew Lidoda Duvha inside and out.

Sambo warned Black Leopards not to underestimate them, saying they were going to show the Thohoyandou side that they had not reached the last-32 stage of the competition by default. In his response, the caretaker-coach of Black Leopards, Mr Allan Clark, said that they were not leaving anything to chance in their preparations for the match.

Lidoda Duvha secured the services of the Togo international, Joseph Douhadji, early this week. According to the Leopards’ general manager, Mr Elijah Mulaudzi, Douhadji is a complete player who will stabilize the team’s defence. Mulaudzi stated that they decided to recruit Douhadji after realizing that most of the goals they conceded were as a result of defensive errors. Should he be given the chance on Sunday, Douhadji is expected to form a deadly combination with the likes of Khuliso Mudau, Edwin Gyimah and Abel Zulu at the defence.

The Multichoice Diski Challenge Black Leopards will play against Maritzburg United in their league match at the same venue, starting at 09:00.  The young Leopards are still to win a league match so far. 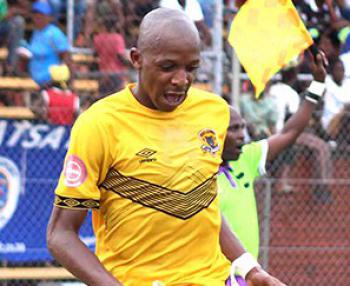