Mixed feelings about postponement of matches

Just like the country’s professional football body, the Premier Soccer League (PSL), the South African Football Association (SAFA) has issued a statement informing all their affiliates about the postponement of all their league matches until further notice.

The pronouncement means that all matches involving the ABC Motsepe League, the SAB League and Local Football Associations (LFAs) that were scheduled for this weekend have been postponed until further notice.

The pronouncement is in line with the State President’s decision to prohibit all public gatherings that involve more than 100 people as part of the government’s many ways to mitigate the spread of the Coronavirus or COVID 19. The pronouncement comes at a time when Mikhado FC are leading the Limpopo Stream of the ABC Motsepe League with 52 points, four ahead of Magezi FC. Mikhado have a match in hand. Asked how the break would affect his team, Mikhado’s head coach, Mr Abel Makhubele, said that while he fully agreed that the State President’s decision was a wise and responsible move, he was trembling with fear of the unknown.

He revealed that his team was in top form when the pronouncement was made and that he was not sure if the team would be able to maintain the same form when they returned to the battlefield on a date still to be decided upon. He further stated that his team had not stopped training after the pronouncement, saying it was business as usual in the camp.

Should they manage to maintain the good form in their remaining seven matches, Mikhado will represent the province in the national promotional play-off tournament that is scheduled for the second week of June in Nelspruit, Mpumalanga. Mikhado were the ambassadors for the Limpopo Province at the same event that was staged in Cape Town last year. 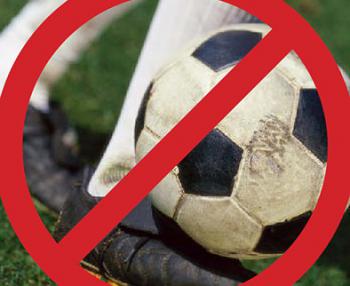