During its sitting at the league offices in Thohoyandou last Tuesday evening, the disciplinary committee of the Safa Vhembe MMK Administrators league imposed heavy fines on several clubs.

Mulenzhe Fire Boys were fined R5 000 for causing the abandonment of their match against Lukau Hot Aces. The three match points were also awarded to Aces.

Igwe FC were found guilty of causing the abandonment of their match against Musina All Stars when an official of Igwe invaded the pitch. A fine of R5 000 was imposed on Igwe, who also forfeited the points.

Caledon Junior Birds were fined R2 000 for not marking the ground properly in their match against Phadziri FC. They forfeited the three points to Phadziri FC.

Mukhomi Real Madrid were fined R3 000 for failure to produce alternative soccer kit in their match against Langutani Blue Birds and they forfeited the points to their opponents.

Makhuvha All Stars received a fine of R2 000 for the indirect abandonment of a match by failing to provide a soccer kit when they played against Rockers. They forfeited the points to Rockers.

In the case relating to a match between Edson Muraida and Shanzha Continental Stars, Muraida were found guilty for causing the abandonment of the match when they failed to produce player identity cards. They were fined R3 000 and forfeited the points to Stars.

Tshidzini Happy Fighters appeared before the DC to answer to a charge of causing an indirect abandonment of their league match against Matangari Rising Stars. They were fined an amount of R4 000 and forfeited the league points to their opponents.

Ghandlanani Golden Arrows were fined R3 000 for causing the indirect abandonment of the match against Real Fighters when they failed to produce an alternative soccer kit. The three match points were also awarded to Real Fighters.

Mukula Young Brothers were fined R3 000 for the indirect abandonment of the match when they were supposed to play against Tshivhulani Fire Brothers. 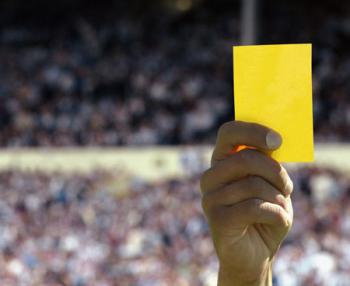