No truth in rumours

One of the directors of the Venda Football Academy (VFA), Mr Itani Munzhelele, has dismissed the rumour that they are in the process of buying a GladAfrica Championship League franchise from TS Sporting FC as baseless.

Rumour has been flying around over the past weeks that Munzhelele and his co-director, Mr Muthanyi Robinson Ramaite, are in negotiations with the officials from TS Sporting behind closed doors.

Munzhelele said that while they wanted to see VFA campaigning at a professional level in the near future, the rumour that they were about to seal a deal with the Nelspruit-based National First Division side was false. Munzhelele confirmed that a lot of people had asked him about that before and that he had told them that the story contained no element of truth.

Munzhelele further revealed that what he had learnt over the past weeks was that his team’s fans want the team to be campaigning in the higher division. He again stated that when he had returned to football three years before, his wish was to own a professional team within a space of five years.

After vanishing from football for several years, Munzhelele, or Vhanzheli as he is affectionately called, established a soccer club called Mudagasini FC. The club campaigned under the Thulamela Local Football Association for one season. Munzhelele bought the SAB League franchise early last season and renamed the club Dipeni FC.

Dipeni FC campaigned in Stream I of the MMK Administrators League and finished their league programme on top of the log. The team represented the stream in the promotional playoffs, but they failed to make the grade. Munzhelele did not lose hope after Dipeni disappointed in the promotional playoffs; instead, he went big and procured the ABC Motsepe League franchise early this season and named the club Venda Football Academy.

Although Mr Munzhelele did not want to commit himself regarding the matter, Limpopo Mirror had it from reliable sources that chances are good for the Vhembe district to have another Gladafrica club come next season. 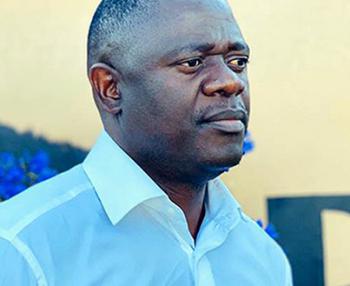