Where is Joel “The Prophet” Masutha?

Mr Joel Masutha is one of the best football coaches Vhembe District has ever produced. Following his success stories over the past years, many soccer fanatics started to ask themselves questions about the mentor’s historical background.

This well-travelled man was born at Madzhatsha village in the Nzhelele Valley 47 years ago. The Prophet, as his fans call him, started playing soccer at a tender age. He played for a local team, Mamuhohi Home Boys, in the mid-eighties before moving to Tshikuwi Stone Breakers. That was where a scout from Rabali Blackpool FC saw him. When Rabali Blackpool died a natural death, Masutha migrated to Black Leopards.

He played for Lidoda Duvha for several years before hanging up his boots in 2006. Masutha’s coaching career dates to 2008 when Black Leopards offered him a job to assist Mr Shepherd Murape. When Murape’s relationship with Leopards came to an end, Masutha stayed behind and worked as an assistant to the Serbian national, Mr Vladislav Heric.

He went back to Chippa United, where he worked for a few months before parting ways with the Port Elizabeth side. His next stop was with the National First Division side, Maccabi FC, where he stayed until the end of last season. Masutha took over as the team’s head coach for the GladAfrica Championship League side, Real Kings, early this season. Real Kings were languishing at the bottom of the log when Masutha took the risk of coaching the team.

The Durban-based side were lying in the fifth spot on the log standings when Masutha resigned two months ago to join the millions of South Africa’s jobless people. Speaking from his Maniini Block M home, Masutha revealed that he had rejected numerous offers from GladAfrica Championship and Absa Premiership clubs after leaving Real Kings. He further stated that his aim was to relax with his family until the end of the current season and that he would start a new coaching life at the beginning of the new season. 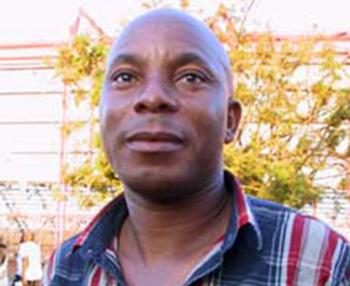