What happened to “Let them dance”?

Many local soccer lovers ask the question, where is the dribbling wizard Sathiel "Let them dance" Phasha of Mauluma now?

Phasha started his football career at Mauluma TAB All Stars in the eighties before he was recruited by the late coach, Mr Donald Ramabulana, to join Tshikuwi Stone Breakers. Stone Breakers played in the National Professional League then and he played with the likes of Simon Ramabulana, Ace Muthelo and Killer Mulaudzi.

In 1995, he joined Kaizer XI at Musina, coached by Brighton Phiri. He later played with the teams SuperSport United alongside players such as the late Thomas Madigage and Shane MacGregor.

In 1996, he joined Sibasa Black Leopards, owned by Mr Zachariah Mathelemusa. In 1998, Dynamos got promoted to the Premier League and bought him from Leopards to form a formidable combination with the likes of Josam Ndou, Links Ragimana, Magic Ratshivhadelo and Baldwin Maimela. By then he was coached by well-travelled coach Walter Rautman, as well as Shephard Murape.

He said that his most memorable match was against Mamelodi Sundowns, when he was named man of the match. He retired from football in 2003 and started working at the Johannesburg Municipality in the water department as a supervisor. He also became coach of the City of Joburg squad and the Safa SAB team in Gauteng.

He believes youngsters need to put in more hard work if they want to go far with a football career. “Youngsters out there must know that it is not going to be easy. You need to be patient if you want to go far and believe in what you are doing and associate yourself with the right people.”

“We are praying to God to heal our land so that everything can get back to normal. Please stay at home and isolate yourself,” he said. 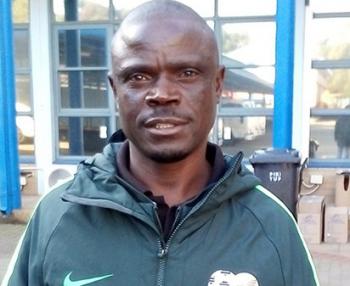