TTM players and officials not certain about their future

After the announcement by the president of Tshakhuma Tsha Madzivhandila FC (TTM), Mr Masala Mulaudzi, that he was in the process of procuring an Absa Premiership franchise, a dark cloud has been hanging over the future of some of the players and officials. When making the announcement, Mr Mulaudzi revealed that the club’s GladAfrica Championship status was up for grabs.

During an interview with the club’s communications and marketing manager, Mr Tshidino Ndou, he revealed that the club has issued an internal communique regarding the matter. According to Ndou, the purpose of the circular was to update the players and officials about the developments within the club and their intention to restructure the club in the foreseeable future.

Ndou said that the players and officials were told in no uncertain terms that some of them would not be part of the club, following the restructuring. He stressed the fact that TTM was an ambitious club, saying that they were not going to the higher division to add to the numbers but to compete. He further stated that maintaining their elite-division status would compel them to shed most of the players who were part of the current squad and some of the officials.

He added that restructuring would mean acquiring the services of very experienced players and officials to beef up all departments. Ndou also stated that he did not know which players and officials would not be part of the club’s new structure, since this was the competency of the top management.

Asked what would happen if TTM gained promotion to the Absa Premiership Division at the end of the season, Ndou said that they were selling their GladAfrica Championship franchise now and that they would not be responsible for whatever happened after the sale. “If the new owners manage to promote the club to the elite division, we shall meet them up there,” said Ndou.

Chances are good for TTM to gain promotion to the Absa Premiership Division should the league’s board of governors decide that the teams should play their remaining matches. TTM were lying in the fourth position on the log standings when the league programme came to a halt about two months ago because of the nationwide lockdown. 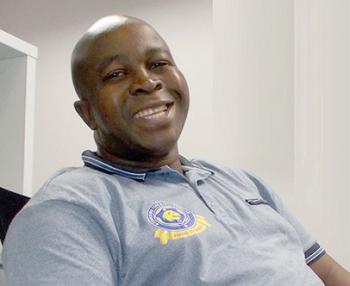