Young Springbok is living her dream

A local Springbok rugby player, Rights Mkhari (26) of Bungeni, has worked hard to fulfil her dreams.

She started playing ruby as fullback at Russell Bungeni High in 2009. She showed that she had a special talent and while still at secondary school she was selected for the Limpopo  Blue Bulls team.

She said that her mother encouraged and supported her to participate in rugby. According to her, her mother always said that nothing good came easy in life and working hard was the best way to achieve success. She used this as her motto and always strives to work hard.

Mkhari said that she had participated in different sporting codes at school before choosing rugby. "What made me play sport was that my grandmother used to watch boxing and athletics and supported it a lot. While she was watching, I  had a dream of seeing myself wearing the South African colours, holding the flag. So, I went to try all the sports and worked hard and said whatever the sport was, I wanted to honour my country one day," she said.

"I played in Vancouver in 2017 and toured with the Springbok 15s to the United Kingdom that same year. We won the Olympic qualifier in 2019 in Tunisia, where I scored the three winning tries for the Springbok women’s team.” In the world cup qualifier for the New Zealand tournament in 2021, she was the top goal scorer.

She is a final-year student at University of Venda, registered for a BSc in recreation and leisure.

She said that education was the key to the future, but playing rugby had opened the door for her and made her realise that, after completing her matric with flying colours, she wanted to go to university and continue to play rugby. She advised young people who want to play rugby or any sport to stay focused in reaching their goals.

“Even if your talent is not in sport, engaging in sport and traveling will expose you to the outside world.” 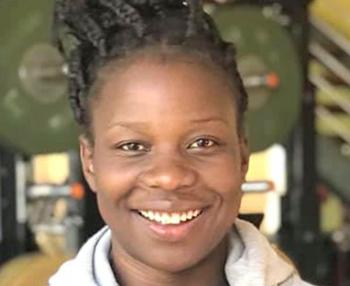