PSL team for Tshakhuma on the cards

Following the announcement by the president of Tshakhuma Tsha Madzivhandila FC (TTM), Mr Masala Mulaudzi, that the club’s GladAfrica Championship franchise had been sold, Limpopo Mirror has received numerous calls from concerned supporters and football lovers in general regarding the future of the club.

Mulaudzi announced that the club’s status had been sold to a Sekhukhune-based businessman. He revealed that he would use the money to supplement the procurement of an Absa Premiership franchise. After the announcement, Mr Mulaudzi remained tight-lipped regarding his intention to procure the elite league status.

His silence prompted football fanatics to speculate that the man was taking them for a ride and that he had no plans to procure an Absa Premiership franchise. When asked to shed some light on the latest developments in his plans to buy a premiership franchise, Mulaudzi appealed to the fans to be patient for just a little longer.

He said that he was also receiving countless follow-up telephone calls daily from concerned supporters who wanted to know if he had not raised their expectations for nothing. He revealed that the process to purchase the Absa Premiership franchise was at an advanced stage and going public about the situation was just a matter of time.

He reiterated the fact that the process was at an irreversible stage. He restated that he would not have sold the club’s GladAfrica Championship status if he were not sure of his next move. Asked about the name of the Absa Premiership club he was buying, Mulaudzi said that it was too early to disclose it.

He further stated that the two parties were working on the final touches of the sale agreement. According to him, disclosing the name of the club before they could seal the deal would have some far-reaching legal implications. He concluded by saying that the two parties would issue a joint statement regarding the sale agreement in a few days’ time.

· The past weekend, Sunday newspapers named the team in question as one of the oldest in South Africa, the Johannesburg-based Bidvest Wits Football Club. A selling price of R20 million was rumoured as being required to clinch the deal. 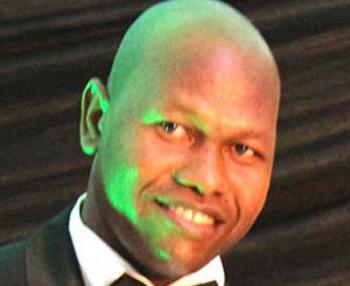