The name Kharidzha will remain part of game's rich history

The name Rufus Kharidzha will always be part of the history of the administration of soccer in the Vhembe area.

From 1985 to 1990, he was the chairperson of the Venda and District Soccer Association after the demise of the Great North Far North Zone.

He said that his association was supported by of the Department of Education and they had organized the training of local referees. After the training of referees, they were accredited to officiate at professional soccer league games.

Makhadi was assisted by Mr Elvis Booi. The staff had effective equipment to receive and capture results and administer all matters related to the zone and leagues, he said.

He said that the late soccer administrator, Mr Solomon “Sticks” Morewa, was always impressed with the local organisational efficiency and effectiveness. “We used to have off-season friendly matches with teams from the top national league. This exposed our players to scouts and, as a result, some of our local players attracted the attention of the top clubs.”

He said that he agreed with the Minster of Sports, Arts, and Culture, Nathi Mthetwha, that “if we are to develop sports to the best of our children's God-given talents, we should not only rely on community efforts but should ensure that we have viable and sustainable school sports programmes. Have a healthy mind in a healthy body.” 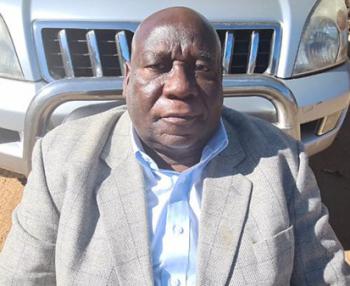