Matodzi was a qualified referee from 1985 to 1992. He officiated in games under the then Solly’s Discount World Soccer League and the Impala League. In 1987 he was appointed as an assistant teacher on a two-year contract at the John Shavhani Secondary School. From 1992 to 1999 he was appointed as general secretary of the Thohoyandou One District Football Association.

In February 2003, he was appointed the league and tournament officer and national coordinator of then Castle Regional League, currently known as the SAB League, for the South African Football Association.

“In August 2005, I opted for a voluntary severance package during the restructuring process of the association.” In November 2006, he was appointed as technical coordinator, assistant director for the 2010 project in the Gauteng Department of Sports, Arts, Culture and Recreation. His duties included, among others, interacting with the 2010 local organizing committee on behalf of Gauteng Province on issues related to infrastructure development and with other spheres of national, provincial, and local government on issues relating to project management.

In November 2010, he was appointed the secretary of technical services in the Thulamela Municipality, a position he is still holding to date. A year later, Matodzi was appointed as an executive support of SAFA Vhembe in the office of the president, Mr George Kubayi. 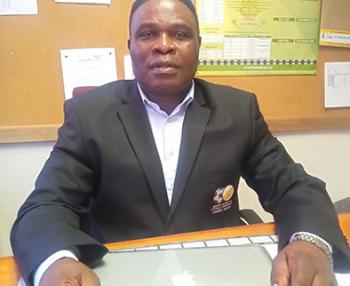