Mr Azwindini Ephraim Simba might be a well-known professional boxing matchmaker today, but he started as a soccer star.

Born at Malavuwe village outside Thohoyandou on 20 January 1961, Simba started to play football at a tender age. He played for a local school, Fhatuwani Secondary, in the mid-seventies before graduating to play for a local team, Malavuwe Great Movers.

While at Fhatuwani Secondary School, Mr Simba developed a love of boxing. He left football for boxing towards the end of 1978. He revealed that he was inspired by the world heavyweight title fight between Big John Tate and Gerrie Coetzee at the Loftus Versfeld Stadium in Pretoria in 1980.

According to him, his first memorable achievement was when he became the runner-up at a tournament staged by the Transvaal Amateur Boxing Union at the Sanyo Boxing Academy in Soweto in 1983. He turned professional in 1985. Simba was one of the founder members of the Venda Boxing Association in 1993.

He served as a full-time administrator for the association between 1994 and 1998. Simba received his professional trainer’s license in 1994. He became an amateur boxing judge and manager in 1996. The year 1998 saw Simba gain promotion to the rank of professional boxing judge.

The 59-year-old Simba was one of the founder members of the Limpopo Provincial Control Boxing Commission in 1999.

Simba became the first person from the Limpopo Province to qualify as a matchmaker in 2000. In the same year, together with the late Mr Hendrick Nengwekhulu, he established the Tshiawelo Boxing Promotions. According to him, he had matched a total of 95 international, national, and provincial title fights from 2000 to date.

He also stated that he had successfully attended several courses, including the World Boxing Association training, Special Olympics, first-aid training, and a sports administrator’s course between 2001 and 2009. He further indicated that he was one of the people who were recognized during the Boxing South Africa awards in 2016.

Simba concluded by saying that he was worried by the fact that boxing was fast losing popularity in the country. 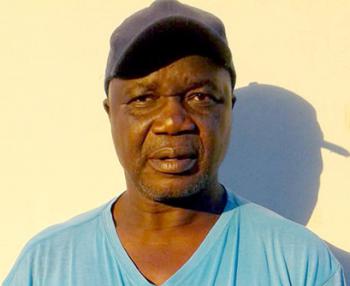