Thulfa clubs must pay up now or face expulsion

Clubs affiliated to the Thulamela Local Football Association (Thulfa) have until the 15th of next month to pay up their outstanding affiliation fees or else they will be expelled from the league.

According to the chairman of the association, Mr Ephraim “Makhanda” Singo, the nationwide lockdown that came into effect about three months ago has done the association more harm than good. Singo said that they normally allowed the clubs to pay half of their affiliation fees at the beginning of the season and gave them until the end of the first-round matches to settle their accounts. Singo said that most of the teams had been left with two matches to complete their first-round activities when the lockdown had been pronounced.

He revealed that the association was experiencing some financial constraints because of the lockdown. He further stated that the association’s full-time employees continued to receive their salaries every month after the lockdown. “Apart from the salary bill, there are other expenses like office rental, electricity and telephone bills that we incur each month,” he said.

The former professional referee further revealed that they relied on the affiliation fees to run the office. Singo also stated that his association managed to complete the current league programme, despite the fact that the South African Football Association,  together with the Premier Soccer League (PSL), was still to make an announcement regarding the resumption of the league activities.

According to Singo, the only thing that will be affected are the dates on which the league programme will be concluded. He stated that they would adjust their league programme after their mother body had made an announcement regarding the resumption of the league activities.

Singo further said that the only competition they would be able to stage was the Mpho Mathoho Electrical KO competition. The competition will be staged at the end of the season as it is an off-season tournament. 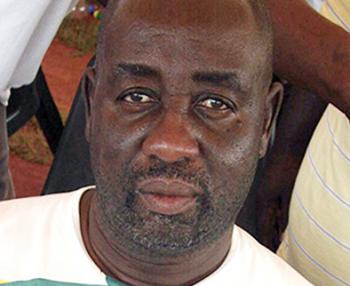