Mr Maanda “Screamer” Themeli is one of the local football coaches who have some impressive stories to tell.

Born at Ngwenani Ya Themeli village outside Thohoyandou about five decades ago, Screamer did not have enough chance to play competitive football at club level during his time. He played for Raluswielo Secondary School before proceeding to Mphaphuli High where he completed his high school education.

While at Raluswielo and Mphaphuli, Themeli was a registered player for a local football club, Makwarela Blue Birds. He hung up his soccer boots in the early nineties to pursue his coaching career. That was the starting point of his road to fame.

The first club to appoint him as coach was Makwarela United Scientists, where he had served as assistant coach to Mr Trinity Matshinyatsimbi between 1992 and 1993. United Scientists achieved a lot within a short space of time during Themeli’s stay at the club. He later migrated to Lufule Price Busters FC after accepting a job offer from Mr Solly Mashau.

His next stop was at Sibasa All Stars FC. He guided Sibasa All Stars to promotion to the Venda Football Association Super League. According to him, Mr Thivhonali Khorommbi Nemavhola, the then head coach of ISD Thohoyandou FC, encouraged him to attend a Level One coaching course in Polokwane.

Themeli’s first achievement after completing the coaching course was to win the Nike U/14 national championship while he was the coach for the Great North East Province squad.

He later decided to improve his coaching qualifications by enrolling for a course in Sports Management with Boston City College. He later moved to Black Leopards where he served as assistant to several coaches, including Jacob Sakala, Boebie Solomons, Mlungisi Ngubane, Bibie Mtombo and Gavin Hunt. He singled out Mr Gavin Hunt as a person who had played a major role in his growth in the coaching industry.

Asked about his future, Screamer revealed that he was in the process of establishing his own development football club, called DMT FC. 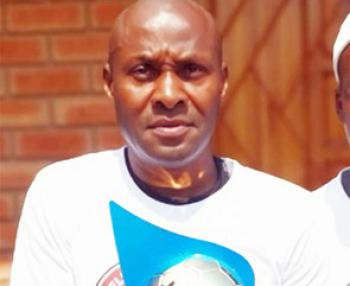