TTM’s road to the Premiership Division

Mr Masala Mulaudzi, the former president of Tshakhuma Tsha Madzivhandila FC (TTM), might have surprised many when he recently bought the Absa Premiership franchise from Bidvest Wits, but this move has been part of his plans for a long time.

TTM was established in 2015 after Mr Mulaudzi decided to buy the SAB League status from Peace Lovers FC. Peace Lovers were renamed Tshakhuma Tsha Madzivhandila FC upon conclusion of the sale agreement. The team performed beyond expectations when they completed the season in the fifth spot on the log standings. Mulaudzi went the extra mile the following year when he bought the ABC Motsepe League franchise from Bilika All Stars FC.

Although that was their debut season in the ABC Motsepe League, TTM did the unexpected by finishing their league programme in the third position. The year 2017 saw Mr Mulaudzi go for a big gamble. He procured the GladAfrica Championship from Cape Town side Milano United FC. The team proved all the critics wrong by finishing the season in the sixth spot on the log.

Unfortunately for TTM, the team did not make the grade in the promotional playoffs. They finished in the second position, with Maritzburg shining on top of the log standings. TTM were in the fourth position on the log when the activities for the current league programme came to a halt, following the pronouncement of the nationwide lockdown about three months ago.

Some of TTM’s achievements while they were campaigning in the GladAfrica Championship Division include qualifying for the promotional playoffs and booting their elder brothers, Polokwane City, out of the Nedbank Cup KO competition.

Mulaudzi summed up the whole story by saying that he had had a five-year plan to campaign in the Absa Premiership Division when he had bought the GladAfrica Championship status from Milano United.

He stated that he had decided to procure the Absa Premiership franchise from Bidvest Wits after realising that the club would not gain promotion to the elite league at the end of the current season. “Now that we are in the premiership division, my job will be to ensure that the team maintains the status for many years ahead,” said Mulaudzi. 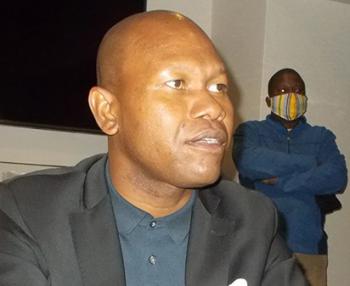