Following the proposals made by the South African Football Association (SAFA) and the Premier Soccer League (PSL) to the Minister of Sports and Recreation, Mr Nathi Mthethwa, relating their intentions to resume with the league programme for the current season, indications are that the PSL teams will play their remaining league matches without spectators.

The PSL, SAFA and the government were still discussing the safety protocols to be followed to ensure the safe return of domestic professional football without fans next month at the time of our going to press. Should the PSL decide to implement the proposal as anticipated, the highly supported teams such as Kaizer Chiefs, Orlando Pirates, Black Leopards and Mamelodi Sundowns, will undoubtedly be affected in a negative way.

History shows that the four teams attract a capacity crowd even when they play away from home. Asked about their level of readiness when it came to playing behind closed doors, Mr Alan Clark, the head coach of Black Leopards, revealed that he believed that his side could benefit from playing their remaining matches in the absence of big crowds rallying behind the team.

Clark said that he was aware of the proposal and that his side would consider it in a positive way. He stated that playing without the crowds would ease the players’ fear and the pressure from the supporters. “We will probably be one of the teams most affected by the lack of a crowd. We usually have many supporters on the stands when we play home games. Sometimes if you are not doing well at home in the position that we are now, we feel a little bit of pressure,” said the 40-year-old mentor.

Leopards were languishing at the bottom of the log standings when the activities for the current league programme came to a halt because of the nationwide lockdown about three months ago. Lidoda Duvha managed to collect 20 points from the 24 matches they played to date. They are three points behind Polokwane City, Baroka FC and Amazulu. Leopards remaining matches will be against Amazulu, Lamontville Golden Arrows, SuperSport United, Maritzburg United, Bidvest Wits and Mamelodi Sundowns. 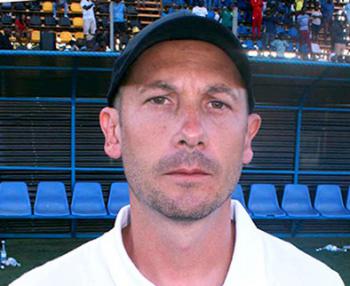