Magic Ratshivhadelo retired but not tired

The former Black Leopards and Dynamos FC killer striker, Coxwell “Magic” Ratshivhadelo, might have retired from football, but he is not tired of the game. At the age of 50, Ratshivhadelo feels that he still has a lot to offer towards the development of sport.

Born at Muhuyu village on 10 October 1970, Ratshivhadelo started to play active football at the age of 15. He played for the Mamelodi-based amateur side, Romans United FC, alongside former Mamelodi Sundowns striker Daniel “Mambus” Mudau way back in 1985. He came back to Venda the following year and joined Vondwe Dangerous Tigers.

He moved to Vondwe XI Bullets four years later. The former coach of Dynamos FC, Mr Owen da Gama, invited him for trials where he impressed the technical staff.

He joined Dynamos in 1994. That was the starting point of his professional football career. A scout from Moroka Swallows saw him playing for Dynamos, and Ratshivhadelo took the Swallows’ job offer in 1996. He came back home to rejoin Dynamos, a team he assisted to gain promotion to the premiership division in 1998.

Ratshivhadelo moved to Black Leopards after Dynamos got relegated in 2000. He left Black Leopards for Bidvest Wits, where he stayed until the end of the 2005/6 soccer season. The year 2006 saw Ratshivhadelo move to the National First Division side, Pietersburg Pillars. Pillars relocated from Pretoria to Tzaneen in the middle of the 2006/7 soccer season.

Ratshivhadelo stated that he would never forget the goal he scored against Kaizer Chiefs when Dynamos lost 1-5 in a league game. He also revealed that some of the players he enjoyed playing alongside at Dynamos and Black Leopards included Wanani Mulaudzi, Chris Mahandana, Christopher Netshidzivhe, and the late Selby Chauke.

Asked what he was busy with these days, Ratshivhadelo stated that he might have retired from professional football, but he was not tired of the game. He further he was actively involved in organising several sporting codes, including endurance walk and athletics at his place of employment. 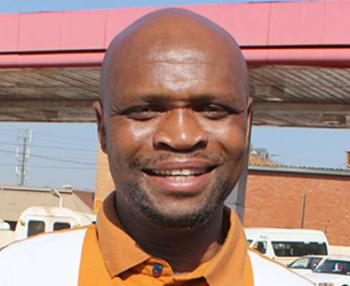