Where is the former speedy striker of Black Leopards, Joseph “Pele” Likhade, who was giving his opponents sleepless nights during his heydays.

Likhade was known as Pele during his days on the soccer field. He started playing football at Tswika Black Birds in the seventies and then joined Tswika River Banks. In 1983, when he passed Grade 12, he went to Tshisimani College of Education and was discovered by Shoes Tshilate, who recruited him to join Black Leopards.

He said when he was still playing for Leopards in the NPSL, he played against teams such as Orlando Pirates, Amazulu and Vaal Professionals, to mention a few.

Likhade is a teacher by profession and currently the headmaster of Masakona Primary School. He was the coach of Tswika River Banks, and the team won several trophies under his guidance. He said that success was not a miracle as "you need to work for it. In life you need to be humble and keep focussing, not wasting time on those who do not believe in you. Do not listen to the silent voices, so that they do not distract you. Always aim high and do everything possible for your community while you still can".

He keeps on encouraging the youth and assisting them in many ways, such as buying them soccer boots and balls.

His message to the youth is that a sportsman is a disciplined person. “Alcohol and drugs are not part of soccer. The chances of success are at your door. Soccer and education go hand in hand.” 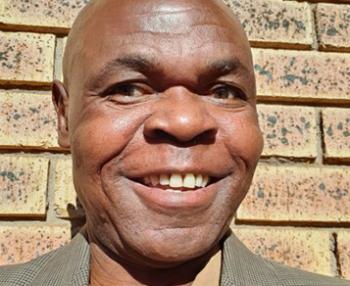