Legendary soccer player Samuel “Zokwe” Ratombo of Vleifontein says local professional soccer players must consider what they do as a job, because it is a job.

Ratombo was the best striker in the region during his days. He played for Tshikota Family Black Stars with the likes of Chada Machumela, Ennock Malete, Tokyo Mukwevho, Tornado Mulaudzi, Nana Masase, Shoes Tshilate, Ivy Mathuba, Kaizer Madula and many more during his days in different teams. He remembers when his team (Stars) won the Mainstay Cup and qualified to play with the professional team in the high league, Amazulu, at the Thohoyandou Stadium.

He was in Pretoria, playing for Arcadia Shepherds at that time. He said he remembered that when one of the officials was reading the newspaper, he saw the story that his home team, Black Stars, had qualified to play against Amazulu. He asked permission to go and play for his home team after he had scored four goals at Arcadia.

He said that when he was allowed on the field, he created an equalising goal, but they finally lost the match 7-4. After match, an official of Amazulu asked him to join their team and he refused.

He said he had also played for Kaizer Chief reserves with the likes of Doctor Khumalo and Ntsie Maphike. He was recruited to join the senior Kaizer Chiefs, but his team management and Chiefs officials could not agree on the price.

He advised young players that the best money habit one can adopt as a player is to find a financial planner from the word go, once one starts playing football professionally. “Like anyone else out there who has a job or income, you need some financial planning,” he said.

He said some footballers liked to start a business, so it would be wise to seek advice from someone already in business. “For instance, some people lose a lot of money in franchising, because it is built to look glossy but is not,” he said.

“You have a very short career, and that's not a long time to build a balance sheet or a strong investment portfolio, so you need to aggressively take advantage of your heydays when you are young, playing well and earning a lot of cash.” He said players could also get trapped by the excitement of money from endorsements and bigger salaries and must thus be committed to ensure they save and invest their money wisely. 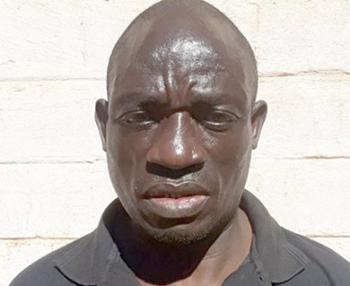