Is Baroka FC’s defeat a blessing in disguise?

Baroka FC were booted out of the Nedbank Cup KO competition, following their 0-3 defeat at the hands of Bloemfontein Celtic last Saturday.

While many of the team’s supporters might feel that the defeat was an embarrassment to the club, the team’s head coach, Mr Dylan Kerr, has mixed feelings about Bakgakga’s poor performance against Celtic.

Speaking to Limpopo Mirror from his hotel room in Johannesburg after the game, the 51-year-old Englishman said that while their lifting the Nedbank Cup would have been something good for the residents of Limpopo Province, kissing goodbye to the rich competition in the semi-final stage was a blessing in disguise to the club.

According to him, the defeat would give them an opportunity to focus on their six remaining league matches. He revealed that these remaining matches were crucial to them as the team was fighting for survival. Mr Kerr said that he had told his players after their game against Celtic to forget about the 0-3 defeat and focus on the crucial league matches ahead.

He reiterated that winning their match against Bloemfontein Celtic would have divided their attention in their league matches as the Nedbank Cup final match would be played after the league programme next month. He further stated that he was aware that many people could have a different view as lifting the Nedbank Cup would have been something good to everyone in the club.

Baroka’s next league fixture will be against Amazulu, with whom they will lock horns at the Lucas Moripe Stadium outside Pretoria on Saturday afternoon. The game will be do-or-die warfare as both Baroka and Amazulu are fighting for survival. Baroka are lying in the 13th spot while Amazulu are two steps below them in the log standings. Amazulu and Baroka are tied at 23 points. The team that is currently languishing at the bottom of the log is Black Leopards, who had deposited 20 points into their league account to date.

Baroka’s second game will be against Orlando Pirates at the Emirates Airline Park Stadium next Tuesday, 18 August. Mr Kerr assured the team’s supporters that Baroka would not be relegated at the end of the season. 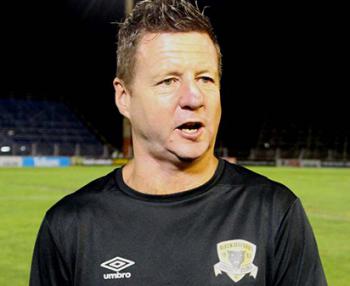