TTM once again make it through promotional playoffs

Football has once again proved to be a cruel sport. Ajax Cape Town were on top of the GladAfrica Championship League log for several months, but finally missed automatic promotion to the Absa Premiership Division by a whisker.

Ajax were nine points ahead of the second-placed Swallows FC when the activities for the current soccer season resumed about three weeks ago. Things turned inside out in the Urban Warriors’ camp when they lost three matches in a row. They lost 0-1 to Tshakhuma Tsha Madzivhandila (TTM), 1-2 to JDR Stars and donated vital points to Swallows FC, to whom they lost 1-2.

Swallows managed to thwart Ajax’s last hopes when they registered a similar victory at the expense of TTM in the other match that was played on the same day at the same time. Ajax and Swallows completed the season with 57 points each.

The only thing that separated the two teams was goal difference. Swallows have 14 goals to their credit while Ajax have 13. The results made the Premier Soccer League officially welcome Swallows FC to the Premiership Division. Ajax and TTM, who finished in the third position, together with the Absa Premiership team that will finish in the 15th spot, will battle it out in the promotion/relegation playoffs that are scheduled to start on Sunday.

The first promotional playoff match will be between TTM and Ajax. This is not the first time that Ajax Cape Town have fallen victim of the cruelty of football. They failed to qualify for the promotional playoffs by a single goal last season.

Either Baroka FC, Black Leopards, Polokwane City or Amazulu FC will face relegation or try their luck in the promotional playoffs at the end of the season. The Absa Premiership league teams will play their final league matches for the season tomorrow afternoon (Saturday). 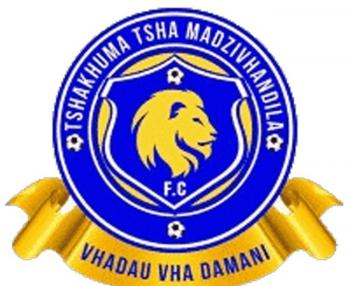