TTM and Ajax on the warpath

The opening match for the much-awaited promotion/relegation playoffs of the Premier Soccer League (PSL) will be played on Sunday afternoon. Tshakhuma Tsha Madzivhandila (TTM) and Ajax Cape Town will do battle for a place in the Absa Premiership Division at the Sturrock Park Stadium in Johannesburg.  Ajax finished their GladAfrica Championship League campaign in the second spot, with TTM close behind them in the third place.

Mr Lucky “King Mchichwa” Nelukau, TTM’s caretaker coach, is adamant that his side will be on top of the log at the end of their playoffs campaign and gain promotion to the elite division. He stated that he had decided to use most of the irregular players in their game against Swallows FC last weekend after realizing that they had already qualified for the playoffs.

“We were trying to avoid the risk of losing some of the key players through red cards and injuries,” said Nelukau. He revealed that they would have nobody to blame if they failed to collect the maximum points against Ajax, saying his squad was injury free. According to him, the spirit was high in their camp.

Whether the defenders for Ajax, Thendo Mukumela, Regan Johannes and Junior Sibande, will have enough strength to stop the TTM forwards in Thembisani Nevhulamba, Wonderboy Makhubu and Naeem Amojee, remains to be seen. The combination of TTM’s midfielders, Mboniseni Mbandlwa, Lucky Khumalo and Philip Ndlondlo, is expected to give the opposition’s defence no time to breathe.

Asked about their state of readiness for the game, Ajax’s head coach, Mr Andries Ulderink, said they were leaving no stone unturned in their preparations for the crucial match. He revealed that they had sourced the services of a phycologist to talk to the players early this week. This after they had missed automatic promotion to the Absa Premiership Division by a difference of one goal. He further stated that they had unfinished business with TTM. According to him, they will be fighting it with the aim of exacting sweet revenge for the 0-1 defeat they suffered at the hands of TTM in their league encounter two weeks ago.

Ajax’s next fixture will be on Wednesday next week, 9 September. They will play against the Absa Premiership team that will finish in the 15th position. Which Premiership team will face relegation and which one will take part in the promotion/relegation playoffs is not clear. The last team on the log will face the chop, while the 15th team on the log will try their luck in the playoffs. The last matches for the current season will be played tomorrow afternoon. 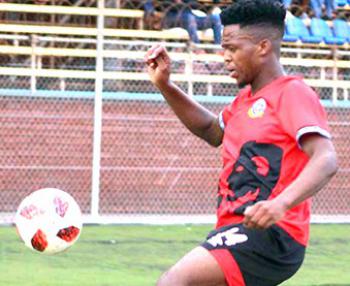