Leopards must clear the Ajax hurdle

One of the teams that will be campaigning in the Premiership Division next season is likely to be known at the end of the relegation/promotion game between Black Leopards and Ajax Cape at the Rand Stadium in Johannesburg this afternoon (Friday).

Leopards and Ajax are tied on six points each, with Ajax leading the pack after crushing Tshakhuma Tsha Madzivhandila (TTM) 5-1 on Tuesday.

Should Leopards manage to collect the maximum points today, Ajax’s campaign to become part of the  premier league will be over. Today’s fixture is the last one for Ajax, while the Thohoyandou side have a match in hand. Lidoda duvha’s final fixture will be against TTM, with whom they will rub shoulders at the FNB Stadium next Monday, 21 September.

Should Leopards and Ajax share the spoils in Friday’s match, one point in their clash against TTM will be enough for Leopards to retain their Premiership franchise. A win in today’s game will not be enough for Ajax to celebrate. They will have to wait for the result of the match between Leopards and TTM on Monday.

Ajax’s head coach, Mr Calvin Marlin, said everyone in their camp was aware that a draw against Leopards would do them more harm than good. “We are not going to settle for anything less than a win,” said Mr Marlin.

Leopards’ forward, Lifa Hlongwane, is likely to be part of today’s starting 11. Hlongwane missed the team’s last three matches because of injury. Should he be given a chance today, Hlongwane will be expected to form a good combination with Xolani Ndlovu, Mwape Musonda and the Lesotho international, Tumelo Khutjang, as the striking force. Whether the Leopards’ defenders, Isaac Masia, Khuliso Mudau and Pentjie Zulu will have the strength to stop the strikers of Ajax, Eleazar Rodgers, Mohau Mokate and Gerald Takwara, is something that remains to be seen. 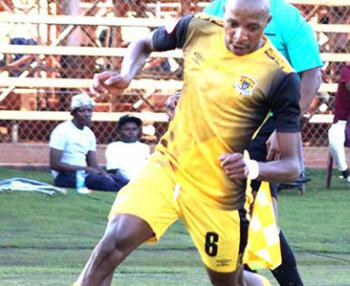