As part of their attempts to strengthen the team, Black Leopards have signed the former Polokwane City player, Wiseman Maluleke. The club’s chairman, Mr David Thidiela, revealed this during an interview shortly after his team’s 2-1 victory over Tshakhuma Tsha Madzivhandila (TTM) in their promotional playoff match on Monday.

Thidiela said that the 28-year-old midfielder would be parading in the Leopards’ colours for the next three years. He stated that his aim was to see the team competing for silverware next season. He stressed that what happened last season had not gone down well with him. Lidoda duvha escaped relegation by a whisker in the season that ended on Monday.

The Thohoyandou side finished their league programme in the second-last position on the log standings. They managed to retain their premiership franchise through the relegation/promotion playoffs.

Thidiela further revealed that they will soon make another announcement regarding their new signees.  He repeated that they were in the process of replacing the players whose contracts had expired last season. Some of the players whose contracts with Black Leopards lapsed at the end of last season include Mogakolodi Ngele, Joseph Mhlongo, Thobani Mncwano, Lesedi Kapinga and the Lesotho international, Tswarelo Bereng.

Maluleke parted ways with Polokwane City when his three-year contract expired at the end of last season. He joined Rise and Shine from the GladAfrica Championship side, Jomo Cosmos, way back in 2017.

Speaking from his home in Giyani, Maluleke said that he was looking forward to a healthy relationship with Lidoda duvha. Born in Giyani on 13 January 1992, Maluleke said he could not wait for the new season to start, so that he could join his teammates in the camp. 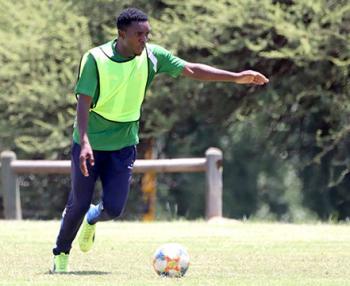