Black Leopards will be without two of their key players when the activities for the new season start in two weeks’ time. Mr Tshifhiwa Thidiela, the director of the team, revealed that they had parted ways with the team’s all-rounder, Thabo Matlaba, and the overlapping right back, Khuliso Mudau.

Matlaba’s contract was due to expire on 30 June next year. The former Orlando Pirates skipper joined Black Leopards on 1 July last year on a two-year deal. He scored two goals in the 24 games he played for the Thohoyandou side.

Matlaba took less than a week to find a new job after parting ways with Leopards. He signed a two-year contract with the newly promoted DStv Premiership side, Swallows FC, last Saturday. Speaking from his home in Thembisa shortly after his return from the team’s training session on Monday evening, Matlaba said that Black Leopards had revived his football career after his relationship with Orlando Pirates had come to an end unceremoniously two years ago.

Thidiela also revealed that Khuliso Mudau was released, following a request from Mamelodi Sundowns FC. According to Thidiela, Mudau’s contract was due to expire at the end of next season.

The 25-year-old Mudau joined Black Leopards from the National First Division side, Magezi FC, in 2017. Thidiela said that they would soon make an announcement regarding their new signees and their plans for the new season. 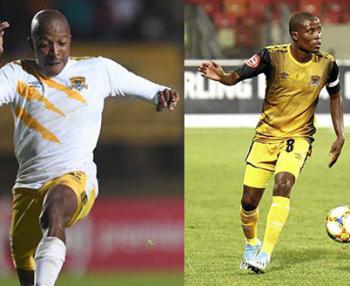