Tshakhuma Tsha Madzivhandila FC (TTM) have reason to believe that they are in the DStv Premiership League to stay. Although Vhadau Vha Damani, as they are affectionately called, were still to unveil their new players and technical staff at the time of our going to print, indications are that the Tshakhuma side have high-profile players in their showroom.

A reliable source told Limpopo Mirror that TTM are stopping at nothing in their quest to assemble a formidable squad. According to the source, the former top striker of Kaizer Chiefs, Gustavo Paez, tops the list of the players who will be in the TTM colours this season. The source further revealed that the Venezuelan international is likely to be in the team’s starting 11 against Supersport United in their MTN 8 Cup match at the Thohoyandou Stadium tomorrow (Saturday).

Another player, who, according to the source, is likely to partner with Gustavo Paez in the striking force tomorrow is the former Orlando Pirates forward, Justine Shonga. Meshack Maphangule, the former Black Leopards playmaker, is also said to be on the TTM books. Maphangule left Black Leopards for Orlando Pirates two years ago. He later moved to Chippa United on a 12-month loan and returned to the Buccaneers at the end of last season.

The source further revealed that the former Supersport United forward, Thabo Mnyamane, was on the long list of TTM’s new signees. “I nearly forgot another big name, Augustine Mulenga, the Zambian international; he is also in the team’s camp,” said the informer.

Asked to shed some light regarding the goalkeeping department, the source said that the former Supersport United keeper, Washington Arubi, was likely to be in the starting 11 tomorrow. Arubi, the Zimbabwean national, played for University of Pretoria FC before moving to Supersport United, or Matsatsantsa, as they are affectionately called.

When asked to comment on these developments, the president of TTM, Mr Masala Mulaudzi, did not deny or confirm the rumours. Instead, he repeatedly stated that people would be shocked when they unveiled their new players. The new players and technical staff were unveiled during the club’s press conference in Polokwane yesterday (Thursday). 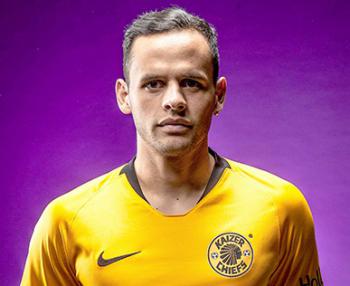