Following the sale of the DStv Premiership franchise of Bidvest Wits to Mr Masala Mulaudzi, the president of Tshakhuma Tsha Madzivhandila FC (TTM), about three months ago, most of the team’s senior players had indicated that they were not ready to relocate with the team to the Limpopo Province. The latest player to request a transfer letter from the Tshakhuma side is Phathutshedzo Nange.

According to Mulaudzi, Nange approached them last week and put it in clear terms that he was no longer keen to play for Vhadau Vha Damani. Mulaudzi revealed that Nange had insisted that he wanted to explore other avenues, despite the fact that they had told him that his services were still needed at the team.

Mulaudzi further stated that the club had finally succumbed to the player’s request on Monday morning. Asked about his next destination, the 28-year-old Nange said that he was still undecided. He refused to confirm the rumour that was linking him to Kaizer Chiefs. He reiterated the fact that he was still making up his mind.

After purchasing the premiership franchise from Wits, the president of TTM reportedly told the players that those who did not want to relocate with the team to Thohoyandou were at liberty to join the clubs of their own choice. The other senior players who had already demonstrated their unwillingness to relocate with the team to Limpopo include Dion Hotto, Thulani Hlatswayo, Sifiso Hlanti, and Thabang Monare. 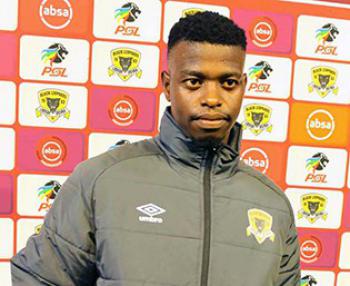