“We don’t stand in the way of players” - TTM

The president of Tshakhuma Tsha Madzivhandila FC (TTM), Mr Masala Mulaudzi, might have mentioned Brian Onyango and Augustine Mulenga’s names when unveiling the club’s new signees two weeks ago, but the two will not be parading in the team’s colours this season.

The sudden change of events did not go down well with the team’s enthusiastic supporters. Most of them indicated that Mr Mulaudzi had taken them for a ride. They further accused him of raising their expectations for nothing while he knew that Mulenga and Onyango were not in their books.

In an effort to clear the air, the marketing and communications manager, Mr Livhuwani Madzuhe, revealed that the club had had no intention of causing any emotional harm to the supporters. He stated that TTM had reached an agreement with Mulenga’s agent. He repeated that the player was still at his hometown, Lusaka in Zambia, when the club had clinched a deal with his local agent.

Mr Madzuhe further stated that, upon his arrival back in South Africa, Mulenga seemed not to be interested in the TTM deal anymore. He said that the player had refused to sign on the dotted line. Mr Madzuhe said what had later become apparent was that Mulenga had been negotiating for better deals with other clubs while in Zambia, without the knowledge of his local agent. Mulenga was among the new players who were unveiled by Amazulu FC during the club’s press conference last week.

As for Onyango, Mr Madzuhe said that he had moved to Mamelodi Sundowns with their blessing. He revealed that Sundowns had approached them, requesting Mulenga’s services shortly before they could register him with the league. “Sundowns came up with a good deal and we could not reject it, hence we released the player,” he said.

Mr Madzuhe reiterated the fact that TTM had an open-door policy, saying they did not stand in the players’ way if the boys wanted to go for greener pastures elsewhere. 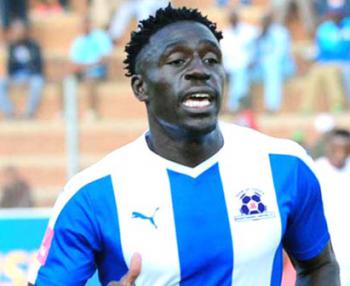