We are still on track - TTM head coach

Tshakhuma Tsha Madzivhandila FC (TTM) might not have registered any win in the four official matches they had played to date, but the team’s head coach, Mr Joel “The Prophet” Masutha, is not worried about the situation.

TTM opened the season with a 2-3 defeat over Supersport United in their MTN 8 Cup match at the Thohoyandou Stadium. The team then drew 1-1 with TS Galaxy in their opening league match at the same venue before sharing the spoils with Mamelodi Sundowns, with whom they played to a goalless draw at the Lucas Moripe Stadium outside Pretoria. The only defeat they suffered was a 0-2 loss at the hands of Moroka Swallows last Wednesday evening.

Mr Masutha appealed to the team’s enthusiastic fans not to press the panic button, saying the team were still on the right track. He revealed that he was satisfied with the team’s performance so far. According to him, the team’s performance was superb despite the fact that two of their key players, Brendan Theron and Thabo Mnyamane, were not available in the four games.

According to him, Theron and Mnyamane sustained injuries at the team’s training sessions before the start of the season. Mr Masutha added that the strikers will have fully recovered from the injuries when the league activities resume next weekend, 21 and 22 November. He stated that the team needed just one win to boost the players’ confidence.

The former Black Leopards coach further indicated that he was happy with the attitude and commitment the players had displayed in the four games they had played to date. TTM scored three goals in the four matches. They were all scored by the Botswana international, Mogakolodi Ngele. TTM’s next fixture will be against Baroka FC at the Thohoyandou Stadium on Sunday, 22 November. 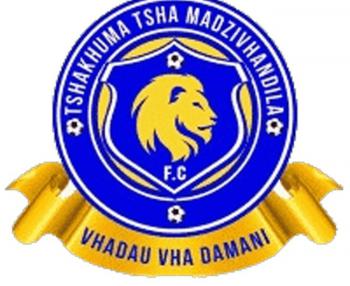