Berea FC and Musasenda Big Five will open tomorrow’s programme at 08:00 and will be followed by the match between Anel Real Vikings and Tshikundamalema Lurangwe FC, which is scheduled to start at 10:00. The match between Bashasha Terror Masters and Lukau FC will follow soon afterwards.

Folovhodwe Stone Breakers will test their strength against Dipeni FC, starting at 14:00. Dipeni’s way to the quarter-final stage was rocky and thorny. They beat Thengwe Flying Peace 11-10 in their last-16 stage match. The winner was determined through a penalty shootout. Folovhodwe Stone Breakers crushed Mulodi Freedom Birds 4-0 to secure a place in the quarter-final.

The winner in the match between Berea FC and Musasenda Big Five will meet in the last quarter-final match later in the afternoon. Now that the likes of Khubvi Dangerous Darkies, Khakhu Young Chiefs and Mulodi Freedom Birds are out of the tournament, all eyes will be on Anel Real Vikings, Dipeni FC and Berea FC. 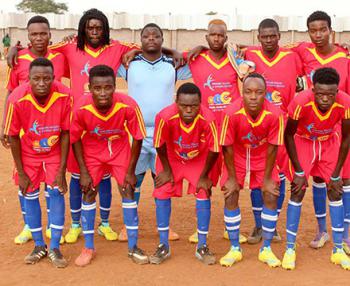 One of the hot favourites, Anel Real Vikings.