Not only did Black Leopards beef up the team’s technical department by replacing the head coach, Mr Patrick Aussems, with Mr Dylan Kerr, but they also strengthened the squad by acquiring the services of three vastly experienced players. The club’s chief executive officer, Mr Moudy Mudzielwana, confirmed that Rodney Ramagalela, Mohammed Anas and Lehlohonolo Masalesa will be parading in the Leopards’ colours this season.

According to Mr Mudzielwana, the signings were done in line with the recommendations made by the team’s newly appointed head coach, Mr Dylan Kerr. Mr Mudzielwana said that the team’s poor performance in their first three league matches was a point of concern to everyone at the club. The Thohoyandou outfit conceded seven goals and scored only one in the three league matches they had played to date.

To be exact, Leopards are still to score a goal in their league campaign this season as Baroka FC scored an own goal when they crushed Leopards 3-1. Mudzielwana revealed that they were confident that the presence of Ramagalela, Masalesa and Anas would solve the team’s scoring problems.

Ramagalela and Masalesa are not new names in the Leopards’ books. Ramagalela is a product of Black Leopards. He played for Lidoda duvha’s reserve side for several years before his promotion to the senior team 12 years ago. The 31-year-old striker left for Sundowns in search of greener pastures after Leopards were relegated to the lower division. He later migrated to Polokwane City, where he stayed for several years before leaving for Highlands Park. When Highlands Park sold their DStv Premiership franchise to TS Galaxy three months ago, Ramagalela refused to relocate with the team to Mpumalanga.

Masalesa played for Black Leopards in the 2018/19 soccer season and left for Chippa United, where he stayed for one season.

As for the 24 -year-old striker from Ghana, Mohammed Anas, his contract with Polokwane City expired at the end of last season. 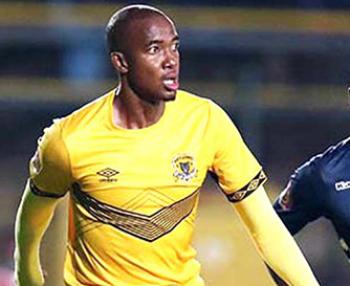