After losing Polokwane City to the GladAfrica Championship Division at the end of last season, the Limpopo Province is likely to lose another DStv Premiership team to the same division come the end of the current season. Tshakhuma Tsha Madzivhandila FC (TTM), who bought their DStv Premiership franchise from Bidvest Wits about six months ago, will face relegation at the end of the season if the team’s performance this year is anything to go by.

TTM started the season on a high note, collecting at least a point in their first seven games. The wheel of fortune turned against Vhadau Vha Damani towards the end of the year. The team started to donate significant league points to the opponents at home and away, making them the milk cow of the league.

TM had managed to collect only one point this year. Their best result this year was a 2-2 draw against Cape Town City at the Thohoyandou Stadium on Saturday, 9 January. TTM are currently lying in the second last position on the log standings. They are tied with Black Leopards and Maritzburg United on nine points. Black Leopards are lying at the bottom of the log.

One of the senior players in the TTM’s camp, Lebohang Mabotja, is adamant that Vhadau Vha Damani will soon bounce back. He appealed to the supporters not to press the panic button, saying it was still too early for them to think that the team will be relegated at the end of the season.

On the other hand, the caretaker coach for Black Leopards, Mr Morgan Shivambu, is also optimistic that Lidoda duvha will soon move out of the relegation quagmire. He stressed the fact that the team were playing world-class soccer, adding that it was their strikers who were not lucky at the goal finish.

He again stated that the fact that his team will be out of action this weekend will give them enough time to prepare for their next fixture. Black Leopards will meet Baroka FC in their Limpopo derby at the Peter Mokaba Stadium in Polokwane next Saturday, 20 February. 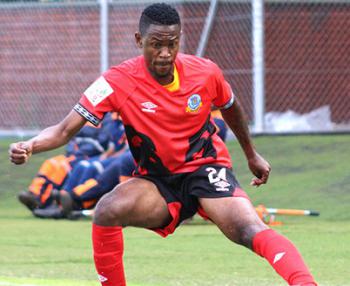