Two new signees for Leopards to help avoid the axe

Black Leopards are leaving no stone unturned in their preparations for their DStv Premiership League match against Mamelodi Sundowns that will be played at the Lucas Moripe Stadium outside Pretoria on Sunday afternoon.

Although winning against the Brazilians is something that looks almost impossible, Lidoda duvha must at least get one point in the match to enhance their chances of escaping the relegation axe, come the end of the season. The Brazilians, on the other hand, are currently shining on top of the log with 39 points accumulated from 17 outings. Sundowns are the only side who are still to lose a league match this season.

The likes of former Black Leopards dribbling wizard Lesedi Kapinga, Mothobi Mvala and the Namibian international, Peter Shalulile, are expected to give the Leopards’ defenders headaches if not well contained.

Although no one from the Leopards was willing to confirm the story at the time of our going to the press, Limpopo Mirror can reveal that the Thohoyandou side are about to acquire the services of former Chippa United striker Lerato Manzini and former Kaizer Chiefs forward Siphelele Ntshangase. Ntshangase played for Black Leopards for five seasons before moving to one of the Soweto giants.

According to the source close to the club, Manzini has been training with Leopards since last week, while the 27-year-old Ntshangase is said to have reported to the team’s training camp for the first time this week.

Tshakhuma Tsha Madzivhandila will play against the on-form Amazulu FC, at the Princess Magogo Stadium in Durban. The Soweto derby between Kaizer Chiefs and Orlando Pirates will be played at the FNB Stadium in Johannesburg. 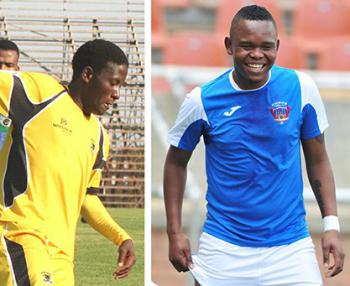