The struggle for promotion in Stream E of the SAFA Vhembe MMK Administrators league is expected to intensify this weekend when log-leaders Madombidzha Arsenal and Madombidzha Try Again, who are in the second spot, clash.

The manager of Arsenal, Mr Willy Mudau, is very confident and impressed with his team’s performance this year. He said that their preparations were well underway “and my boys are looking forward to this challenge”.

He said that his team must attack and score more goals if they wished to progress further. “The players are young and inexperienced, but have been playing for a few years now, so they know each other well. I can see them getting more and more confident as the days progress,” he added.

“The boys have to master the art of concentration and to focus. I have therefore prepared them mentally not to make simple mistakes,” he said.

The manager of Try Again, Mr Chester Malotsha, said that everything was going smoothly with their preparations and they continued to train as usual. “We can perform well in this match if we are focussed and give our best. We are ready for the battle,” he said.

In other matches in Stream E, Tornado FC will fight for league points against their much-feared opponents, Manavhela Black Aces, at the Tshikwarani Grounds. In this match, anything can happen as both teams are in good form. Magangeni Young Stars will travel all the way to the Eltivillas grounds to play against Greenway Academy. Makhitha Runga Birds will welcome Makhitha Oscar Stars at Runga Birds’ grounds. Muraleni United Brothers will face an uphill battle when they clash against Magau United at the Magau Grounds.

Other matches are: MML vs Zamenkomste FC, Mailaskop Pull Together vs LTT Murunwa, Tshikhwani Stone Breakers vs Matika FC and Pat All Stars vs Madombidzha Western Stars. 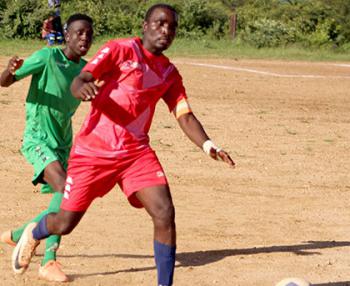