The race for the league championship and to avoid relegation at the end of the season is becoming more intense by the day among the teams affiliated to the Limpopo Stream of the ABC Motsepe League. All eyes will be in the Vhembe derby between Munaca FC and Venda Football Academy that will be staged at the Louis Trichardt Show Grounds open field tomorrow afternoon.

Munaca and VFA are closely contesting for the league championship. Munaca are still in a celebratory mode after beating Ablex United 3-1 last Saturday. On the other hand, the spirit is high in the VFA camp, following their 1-0 victory over Ollesdal FC at the Tshifudi Stadium on the same day.

To prove that they are serious about promotion, Munaca had fortified their last line of defence by acquiring the services of the vastly experienced goalkeeper, Bongani Manavhela, and former Mikhado FC centre back Thulani Mabizela.

Mikhado FC will entertain Ollesdal FC at the Rabali Stadium. Mikhado must win the match at all costs to maintain their leadership on the log standings. Whether Ollesdal will have enough strength to penetrate the defence of Mikhado, which is marshalled by Luvhengo Mungomeni, Tshifhiwa Mmbooi and former Black Leopards left back Andiswa Ndawonde, remains to be seen.

Ablex United will host Makotopong Brazilians at the Louis Trichardt Laerskool Grounds. Ablex must win the match if they are serious about escaping the relegation axe at the end of the season. Ablex are currently fighting for survival at the bottom of the log. Giyani Happy Boys will host The Dolphins FC at the Shikukwani Stadium outside Giyani.

Mikhado will undertake a journey to Tshifudi village next Wednesday, April 21. Their match against VFA will be played at the Tshifudi Stadium. Mikhado and VFA played to a 1-1 draw in their first-round league match at the Rabali Stadium last month. The other fixtures for next Wednesday are: The Dolphins FC vs Munaca FC, Giyani Happy Boys vs Tshakhuma RO Nandilani and Ollesdal FC vs Makotopong Brazilians. 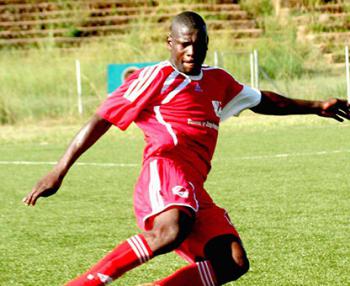