Polokwane City are gearing up for another tough game. They will host Cape Town Spurs in their GladAfrica Championship League match at the Old Peter Mokaba Stadium in Polokwane on Saturday afternoon.

Both Polokwane City and Cape Town Spurs are not safe in terms of relegation. Spurs are fighting for survival in the second-last position on the log standings, while the Limpopo side are perched in the 11th spot. City, who lost several experienced players to DStv Premiership sides, including Mohamed Anas, Wiseman Maluleke and their acrobatic keeper, George Chigova, are still battling to find a winning combination.

Cape Umoya United will play host to JDR Stars, with whom they will lock horns at the Athlone Stadium in Cape Town. The fact that Umoya and JDR Stars are in the race for promotion is reason enough for soccer lovers to expect a thriller.

Bizana Pondo Chiefs must beat Jomo Cosmos if they are serious about escaping relegation. They will test each other’s strength at the Olën Park Stadium in Potchefstroom. Pondo Chiefs are rooted at the bottom of the log with 20 points, six behind the other relegation candidates, Cape Town Spurs.

Sekhukhune United will host Uthongathi FC at the Makhulong Stadium in Thembisa. Sekhukhune had recently acquired the services of the former Black Leopards’ left back, Pentjie Zulu, and Stephen Lebese from the ABC Motsepe League side, African All Stars.

Royal AM will fly to Cape Town where they will have a date with Steenberg United at the Danie Craven Stadium outside Cape Town. Free State Stars will play their second league match at home in a row when they host TS Sporting at the Goble Park Stadium in Bethlehem. The other weekend fixtures are Richards Bay FC vs University of Pretoria FC and Pretoria Callies vs Cape Town All Stars. 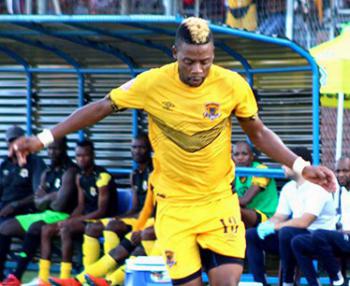