Volleyball to be 'the next big thing'

Mr Zwonaka Tshivhase, the VVA’s media and marketing director, said he was very pleased to see how fast volleyball was growing in the area. He encouraged all the teams to start preparing as soon as possible for the next season.

In a bid to revive school volleyball development in Vhembe, a new league, which includes boys and girls, was launched last month. The league will be played at district, regional, provincial, and up to national level. “This league will take volleyball to greater heights and give the young ones an opportunity to participate in a professional league,” Tshivhase said.

“We want to play our part in elevating the sport. It is our job to display talent and fast-track development in the country. However, we felt that it is not enough. We want to make an impact from grass-roots level and change the young girls’ and boys’ lives.” They already have seven men’s and five women’s teams, and rotate each week to different places in the Vhembe District.

The association believes that the league will boost the growth of the sport. “It will start from school level up to national level and touch the rural areas. Volleyball will never be the same again. This is exactly what we have been lacking in sport. For me, it feels like a dream, and I am excited for the kids who will compete in the competition,” he said. He believes that the sport is growing tremendously in the country.

According to Tshivhase, volleyball comes close to soccer, tennis, rugby, and netball in terms of popularity, and he said that no doubt existed that a league should have been started in Vhembe a long time ago. “This also gives young ones from the rural area the opportunity to be active and have some much-needed game time, so that when they play for the national team, they emerge as stronger players who have had some action on the courts.”

However, all league activities have been suspended until further notice, following President Cyril Ramaphosa’s latest announcement of the level-4 lockdown. 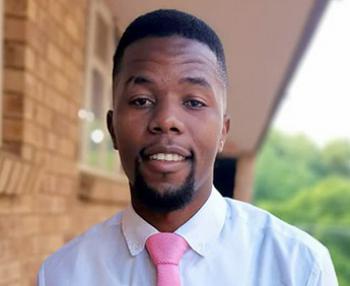