Cabinet’s decision to place the country on lockdown alert level 4 is doing the local Sasol Women’s League clubs more harm than good.  According to the managing director of Lacoste Morning Stars, Mr Emmanuel Mudau, the lockdown will affect their ambitions to win the league championship at the end of the season negatively.

Morning Stars are league title contenders. They are lying in the second position on the log standings. They are only one point behind the pace setters, Chippas United Ladies FC.

Mr Mudau said that they were forced to release all the players from the clubhouse, following the President’s announcement that the country would move from lockdown alert level 3 to level 4. Keeping the players in the camp would have cost them a fortune, considering the fact that they have 20 registered players, he said. Some of their players come from Mpumalanga.

Mr Mudau said that for the players to regain their fitness level after the lockdown would be difficult, considering the fact that the players were too young to train on their own. According to him, they should have been conducting trials from last week to recruit new players who would beef up their current squad. What worries Mr Mudau the most is the fact that the players’ current registration window will close at the end of this month. He indicated that they would be forced to register new players without looking at them closely.

Mr Mudau’s sentiments were echoed by his counterpart from Chippas United Ladies, Mr Robson Magoro. According to Mr Magoro, the team’s technical staff are unable to monitor the players’ behaviour during the lockdown period. Mr Magoro further stated that they would be forced to adjust the team’s training programme when things returned to normal in order for the players to regain their fitness level within a short period. He stressed the fact, however, that nothing will stop them in their efforts to lift the league trophy at the end of the season. 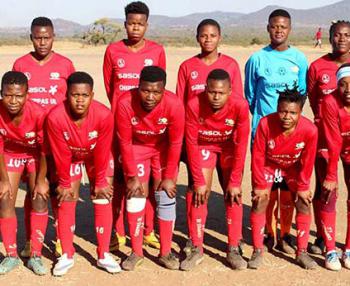