Years of hard work and dedication finally paid off for former Black Leopards player Phathutshedzo Nange. The 29-year-old midfielder kissed Stellenbosch FC goodbye when his contract with the club expired at the end of last month. He has now joined the Kaizer Chiefs squad.

Nange joined Stellenbosch FC from the now-defunct Bidvest Wits FC in July last year on a 12-month contract. Nange was one of the players of Bidvest Wits FC who refused to move with the club when its owners sold the club’s DStv Premiership franchise to the former president of Tshakhuma Tsha-Madzivhandila FC, Mr Masala Mulaudzi, early last season. After rejecting Mr Mulaudzi’s offer, Nange decided to try his luck with Stellenbosch FC.

According to him, his desire was to join Kaizer Chiefs at the beginning of last year, but his wish could not become a reality at that stage as Kaizer Chiefs were still banned from signing new players after they were found guilty of improperly registering a Madagascan player, Hasina Andrianarimanana, by the world’s football controlling body, FIFA.

Nange played for several amateur teams before joining Black Leopards in 2014. At that stage, Leopards were campaigning in the National First Division (NFD). He assisted the Thohoyandou side in gaining promotion to the then Absa Premiership Division, today known as the DStv Premiership. 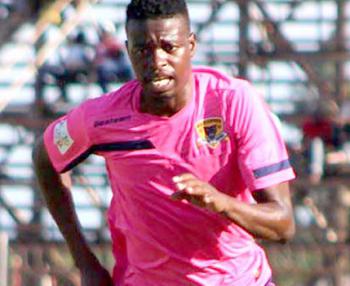