Another GladAfrica team for Vhembe

Vhembe District will have two clubs campaigning in the GladAfrica Championship League when the activities for the new season start. This follows after the current owners of Venda Football Academy FC (VFA) bought the professional league franchise from Cape Umoya United FC. VFA are one of the affiliates of the Limpopo Stream of the ABC Motsepe League.

According to an insider, who chose to remain anonymous, the deal to move the Cape Town side to Vhembe District was concluded towards the end of last month. The source told Limpopo Mirror that the two parties had decided to remain tight-lipped about the deal until they received the blessing of the Premier Soccer League (PSL).

According to the source, the matter is high on the agenda for the league’s board of governors meeting that is scheduled for today (Friday). The informant further revealed that not only was the board expected to approve the sale, but the name change as well. Should the league give the deal the green light, the club will be renamed the Venda Football Academy FC.

The source went on to say that the team will register the Makonde, Thohoyandou, and Giyani Stadiums as their home ground. Asked if the lockdown alert level 4 was not affecting their drive to recruit quality players before the start of the season, the source said that the scouting of players was not a big challenge to them.

He revealed that they have a squad that is strong enough to absorb any amount of heat. According to him, most of the players who were the cream of Cape Umoya’s team for last season are still contracted to the club. (In terms of the PSL’s rules and regulations, the buyer is bound to maintain the players’ contracts that are still valid at the time of sale).

The deal means that three GladAfrica Championship clubs can be found in the Limpopo Province, Black Leopards, Polokwane City and the new kid on the block, Venda Football Academy FC. Asked to shed some light regarding these developments, the current chairman of VFA, Mr Itani Munzhelele, did not confirm or deny having entered into any sale agreement with the owners of Cape Umoya United. He repeatedly said that he would only comment at the appropriate time. 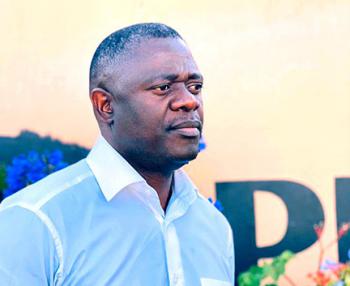