The Giyani Stadium will be the best place to be on Sunday afternoon. That is where the much-awaited Hollywood Bets Super League match between Maindis Ladies and Richmond United will take place.

A quick glance at Maindis’ track records shows United will be lucky if by chance they manage to go back to De Aar in the Northern Cape with a point in hand. Maindis collected four points in their last two matches. They held University of Johannesburg FC to a 1-1 draw at the Giyani Stadium two weeks ago. They are still celebrating their 2-0 victory over Tsunami Queens at the Phuthaditjhaba Stadium in the Free State last Sunday. The team’s captain, Xiluva Tshabalala, and Tswarelo Digkauta scored for Maindis.

Maindis are now lying in the ninth position on the log standings, following the victory.  Asked what the team’s victory meant to them, the team’s assistant coach, Mr Rhulani Mathebula, said that the win would inject a spirit of self-confidence into the players. She further stated that Maindis had been playing entertaining football in the previous games and that their strikers had been unlucky at the goal finish.

All Maindis’ players will be available for selection on Sunday. United must keep an eye on Xiluva Tshabalala, Molepo Rapatsa and Dolly Mnisi or else they will never know what had eaten them at the end of the game.

Two matches will be played on Saturday afternoon. The pace setters, Mamelodi Sundowns Ladies, will host Bloemfontein Celtic at the Loftus Stadium in Pretoria. Sundowns are still to lose a league match this season. They had won 13 of the 14 matches which they had played to date. Their worst result was a 2-2 draw with JVW Ladies at the Tsakane Stadium in Johannesburg about three months ago. Golden Ladies will host Tsunami Queens at the Mahikeng Stadium in Northwest. 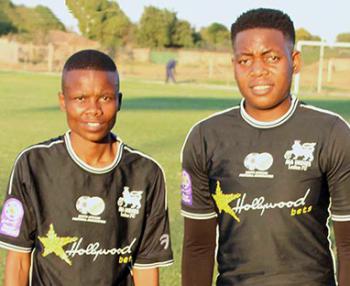