Teams affiliated with the GladAfrica Championship League will resume with their second-round league activities this weekend. After playing two league matches away from home in a row, Tshakhuma Tsha Madzivhandila (TTM) will be back home this weekend. They will rub shoulders with Richards Bay FC at the Thohoyandou Stadium on Sunday.

TTM must collect the maximum points in the match to enhance their chances for promotion. Vhadau Vha Damani, as they are also known, are lying in the 11th position on the log standings with 19 points, nine behind the pace setters, Richards Bay FC.

Sunday’s match will be the third for TTM under the guidance of the team’s caretaker coach, Mr Lucky “King Mchichwa” Nelukau. Nelukau took over from Mr Zeca Marques, who parted ways with the Tshakhuma side about three weeks ago. TTM had won both matches that the team had played under Nelukau’s guidance.

Asked about their level of readiness for the game, Mr Nelukau was quick to mention that the spirits were high in the camp. He said that his mandate as a caretaker coach was to restore the team’s lost pride.

Venda Football Academy will play against Cape Town All Stars at the Cape Town Stadium in the only match that will be played this afternoon (Friday). Black Leopards will fight for league points with Uthongathi FC at the Old Peter Mokaba Stadium in Polokwane on Sunday.

JDR Stars will play against Jomo Cosmos at the Soshanguve Giant Stadium outside Pretoria. The other fixtures are TS Sporting vs Free State Stars, Pretoria Callies vs Platinum City Rovers and University of Pretoria vs Polokwane City. 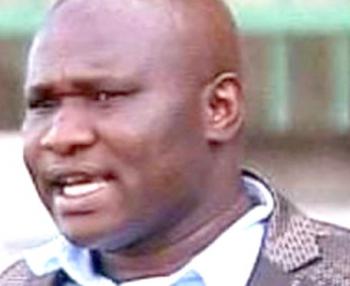