Tshitereke Citizen Stars have good reason to celebrate. They were crowned the new champions of the Masawe Soccer Tournament. The tournament was staged at the Vhufuli Gooldville Young Tigers Grounds over December.

Citizen Stars beat Mavhola Newcastle FC 1-0 in the final to lift the trophy. The Stars were presented with a cash prize of R8 000, a soccer kit, gold medals, a floating trophy, 15 pairs of soccer boots and a soccer ball during a ceremony held at the ground shortly after the final game.

Citizen Stars’ way to the final went via Vondwe United Brothers, whom they beat 13-12 in their semi-final match. The winner was determined through penalty shootout, following a goalless draw at the end of regulation time. Mavhola Newcastle received R5 000, a soccer kit, silver medals and a soccer ball. Newcastle beat Vhufuli Dangerous Scorpions in the semi-final stage.

The player who scored the most goals in the tournament, Rovuwa Munyai from Vondwe United Brothers, was given R500 and a trophy. Similar awards were presented to the best goalkeeper, Joseph Ndwammbi, and the best player of the tournament, Mpho Thidiela. Ndwammbi is from Mavhola Newcastle, while Thidiela belongs to Vhufuli Dangerous Scorpions.

Eight teams from Vhufuli and the surrounding areas took part in the annual event. During the awards ceremony, the sponsor, Mr Masala Ramaphosa, had made a fresh commitment that he would continue to sponsor the tournament in the future. 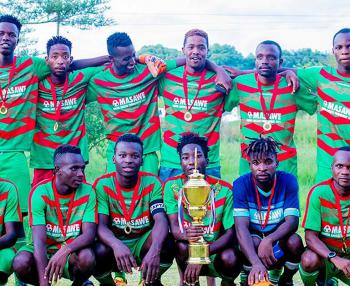