Black Leopards and Cape Town Spurs on warpath this Sunday

After collecting the maximum points away from home last Saturday, Black Leopards are determined to shame Cape Town Spurs, with whom they will lock horns in their GladAfrica Championship League match at the Thohoyandou Stadium on Sunday.

Lidoda duvha are a force to be reckoned with of late. The Thohoyandou side managed to grab 16 points in their last six matches. They are still in a celebratory mode after beating Free State Stars 1-0 at the Goble Park Stadium in Bethlehem last Saturday.

Leopards’ playmaker, Wiseman Maluleke, will watch the game from the grandstand on Sunday. The former Polokwane City midfielder was given his marching orders for dangerous play in their game against Tshakhuma Tsha Madzivhandila, which was played at the same venue two weeks ago. Leopards managed to beat TTM 2-1 despite all the odds.

Whether the team’s top goal scorer, Tiklas Thutlwa, will continue from where he left off in their game against Free State Stars last Saturday remains to be seen. Thutlwa had scored three goals in the team’s last two games. He scored a brace in their game against TTM two weeks ago. He again scored the only goal of the game when Leopards beat Free State Stars 1-0 last Saturday. Apart from the fact that the Leopards’ defence is hard to beat, their goalkeeper, Rotshidzwa Muleka, is one of the best keepers in the league.

Platinum City Rovers will play against Free State Stars at the Olën Park Stadium in Potchefstroom. The pace setters, Richards Bay FC, will host Uthongathi FC at the Umhlatuze Sports Complex in Richards Bay. Jomo Cosmos will travel to Nelspruit, where they will play against TS Sporting at the Kabokweni Stadium. The other weekend fixtures are Polokwane City vs Pretoria Callies, University of Pretoria FC vs Venda Football Academy and Hungry Lions vs JDR Stars. 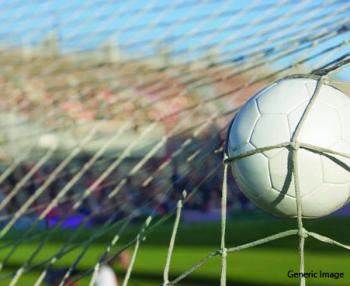