The champions were presented with a soccer kit, soccer ball, gold medals and R3 000 during a ceremony that was held at the grounds shortly after the final game. Mulima FC took home a soccer ball, silver medals and R1000.

Agri Village’s way to the final went via Lambani FC, whom they beat 3-1 in their semi-final match that was played at the same venue earlier that day. Mulima FC beat Pfananani FC 2-1 in the semi-final to secure a place in the final. Four teams, Mulima Agri Village FC, Mulima FC, Lambani FC and Pfananani FC took part in the tournament.

The best players in the different categories were also given awards during the ceremony. The best goalkeeper award was presented to Takalani Mulovhedzi of Agri Village FC. Mulovhedzi was also the recipient of the player who demonstrated fair play throughout the tournament. Paris Ramapala received the Player of the Tournament award during the ceremony. The top goal scorer’s award was retained as no winner was determined in the category. 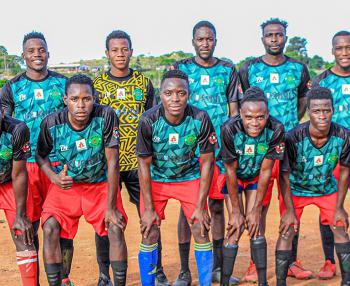