The teams campaigning under the banner of the GladAfrica Championship League will play their second-last league matches for the current season this weekend. All matches will be played on Sunday afternoon.

Locally, all roads will be leading to the Thohoyandou Stadium, where the much-awaited Vhembe derby between Black Leopards and Venda Football Academy (VFA) will take place.

While Black Leopards have only pride at stake in the match, the situation is totally different for VFA. They must win the match at all costs to keep their hopes to partake in the promotional playoffs alive. They are currently lying in the fifth spot on the log standings with 42 points. A draw in the match will do them more harm than good.

Lidoda duvha are a force to be reckoned with lately. They collected 19 points in their last seven matches, something that has moved them from the bottom of the log to the 10th position. Their most recent result was a 2-1 victory over Cape Town Spurs at the Thohoyandou Stadium last Sunday. On the other hand, VFA donated significant league points to their opponents in their last two matches.

VFA will pin their hopes on Rophney Hlongwane, Rotondwa “Neymar” Mutsivhuli and Tau Rankoko for goals. On the other hand, the defenders of VFA must keep an eye on Leopards’ goal poachers, Matimu Tshabalala, Ivan Mahangwahaya and Noko Malekana, or else they will not know what has eaten them at the end of the game.

Tshakhuma Tsha Madzivhandila will host Uthongathi FC at the Old Peter Mokaba Stadium in Polokwane. Cape Town Spurs will play University of Pretoria FC at the Parow Park Stadium outside Cape Town. Free State Stars will lock horns with Polokwane City at the Goble Park Stadium in Bethlehem, Free State. The other fixtures are Hungry Lions vs Cape Town All Stars, Jomo Cosmos vs Platinum City Rovers and JDR Stars vs Pretoria Callies. 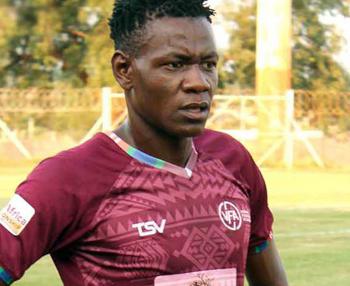