Morning Stars to relocate to the Rabali Stadium

One of the affiliates of the Sasol Women’s League, Lacoste Morning Stars Football Club, will soon relocate to the Rabali Stadium.

According to one of the directors of the club, Mr Itani Musandiwa, the decision to relocate the team to the Nzhelele Valley was influenced by the fact that for him to run the team from afar would be expensive and time consuming.

Musandiwa recently bought the majority shares in the club from the former sole owner, Mr Emmanuel Mudau. Musandiwa is a resident of Makhado-Biaba in the Nzhelele area, while the team is currently based at Shayandima.

Itani Musandiwa is not a new name in the football fraternity. He is the current managing director of the ABC Motsepe League side, Mikhado FC. Asked whether owning two clubs campaigning in the semi-professional divisions would not be difficult for him, Mr Musandiwa said that everything came down to planning and dedication.

He said that they were planning to sign about seven highly experienced players when the registration window opened from Friday, 1 July. He believes the new players will help the team remain on top of the log standings until the end of the season and make things easier for them in the promotional playoffs. Lacoste Morning Stars are currently leading Stream B with 24 points, four ahead of Two for Joys Ladies FC, who have a match in hand.

Asked whether he had plans to change the name of the club to Mikhado Ladies FC, Mr Musandiwa indicated that such a possibility could not be ruled out.

When asked why he had decided to sell the majority shares in the club, Mr Mudau was quick to mention that running a semi-professional club without a sponsor was not easy.  He said that the club had been founded in 2008 and gained promotion from the Absa League to the Sasol League in 2012.

Morning Stars’ next fixture will be against Rodadau FC, with whom they will lock horns at the Shayandima School Grounds this Saturday. 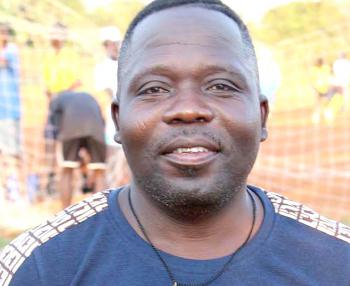