The legendary dribbling wizard, Tshisamphiri “Magwegwe” Madima, is appealing to up-and-coming soccer stars not to touch alcohol and drugs if they want to succeed in life.

“The best medicine to take if you want to make it in the sporting world is to train hard and stay away from alcohol and drugs,” the soft-spoken and down-to-earth former football hero said.

During an exclusive interview with Limpopo Mirror on Sunday afternoon, Madima explained that his love of soccer started when he was still a young boy, playing against other youngsters at his home village of Tshivhilwi in the mid-1960s. He started to make his mark when he went to Tshivhase Secondary School in 1970.

“But I had a tough time because the sports organiser at the school did not like me. In 1972, I was signed by Waterfalls Chiefs when I was still playing for the C-division at school. Some of my teammates at Chiefs were playing for their respective first teams at school. Even today, I don't understand the cruelty of that guy,” he said.

In 1976, Madima went to the University of Turfloop, now known as the University of Limpopo, where he played alongside players who were part of professional teams. He was also recruited by former Swallows midfielder Alfred “KK” Lentsoane, but he refused because this happened towards the end-of-year examination.

“Yes, I was tempted to join Swallows, but the main reason why I was at that university was to study for my degree. I had to choose education ahead of football,” he said.

When asked about other good players from the former Venda homeland at Turfloop, he said he could name many, but one player he would never forget in his life. “There was a guy called Moses Madula from Khubvi, who joined us around 1978. That was a hell of a player. I also played with him at United Scientists. When he had the ball, he would dance through defenders as if his feet had football glue. He could fit into any professional team at any moment,” he said

After completing his degree, Madima came back to the Vhembe District, where he played for big teams in the mould of Spareco Black Leopards, Shayandima Bob Stars and United Scientists. At Bob Stars he discovered and nurtured great footballers such as the late Baldwin “Bricks” Mahlale and many others. 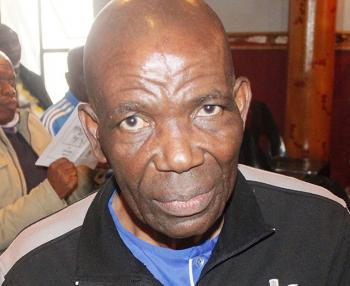